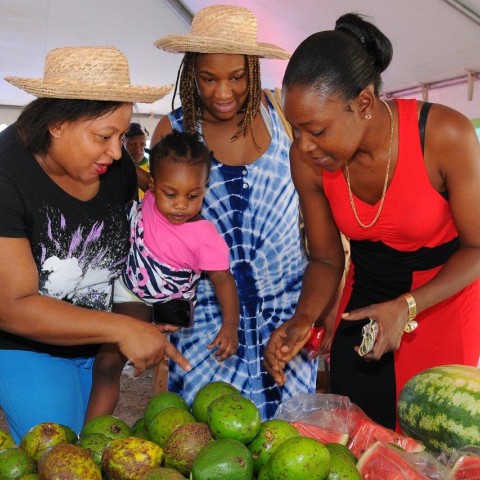 Kingston Jamaica: The National Stadium grounds will be transformed into the Jamaica 56 Independence Festival Village as it has been designated the cultural hub for the 2018 Independence celebratory activities. In keeping with this year’s Independence theme “Jamaica 56 – One Love… One Family”, the Independence Festival Village promises an exciting and thrilling experience for all Jamaicans and visitors alike.  The Village will be open with free admission from Wednesday, August 1 to Monday, August 6, beginning at 12 noon daily. The independence merriment will also include paid nightly entertainment shows at the National Arena from August 1 to August 5. The focus on July 31 will be at Emancipation Jubilee at the Seville Heritage Park, St. Ann and Emancipation Vigils in all parish capitals across the island.

The daily Festival Village will feature activities for the entire family including live performances, promotional booths and displays, exhibitions, a food court, a Kiddies Village with rides and other attractions; and opens bright and early on Emancipation Day with the annual August Mawnin’ Market.

The celebrations will continue on Thursday, August 2, with Mento in the Village, a free event, which will feature a vibrant showcasing of some of the nation’s leading Mento bands. Friday, August 4 will see the highly anticipated finals of the World Reggae Dance Championship will bring dancers from across the globe to the National Stadium, beginning at 8:00 p.m. And on Saturday, August 4, the premier festival family show, Mello Go-Roun’, which will feature the best of the best in Dance, Drama, Music, Speech and Traditional Folk Forms.

Sunday, August 5 the National Arena will be filled with praise for the grand final of the Jamaica Gospel Song Competition beginning at 7:00 p.m.  Then Independence Day, Sunday, August 6 will see the culmination of the Independence Festival activities with a grand affair at the national stadium with the annual cultural showcase, Grand Gala.

While the daily village is free for entry, tickets for each nightly show are adults $1000 presold and $1200 at the gate; children are $400, with season passes being made available. Presold tickets may be purchased from the JCDC Head Office at 3-5 Phoenix Ave, Kingston 10, between 8:30 am and 3:30 pm daily. Presold tickets may also be purchased at the Independence Village at the JCDC’s booth between 12 noon and 5:00 pm daily.

Jamaicans at home and abroad are also being encouraged to join in the Independence festivities by participating in this year’s Festival Fashion theme: “Bandana be Bold with Black, Green and Gold” by wearing their favourite bandana outfits accented with black, green and gold.