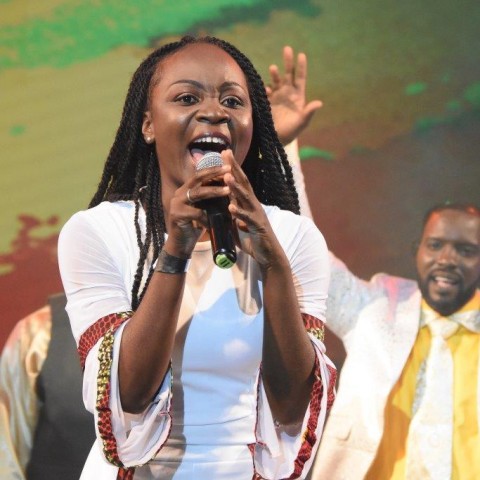 The Jamaica Gospel Song Competition’s regional audition round shifts into higher gear as it makes its second stop in Ocho Rios on Friday, January 31, at the St. John’s Anglican Church Hall, Ocho Rios, St. Ann. Beginning at 10:00 am, the audition will see the best upcoming Gospel artistes from the Northern and Western regions performing for a chance to make it to the competition’s semi-finals round, which will be hosted as a live concert on Ash Wednesday, February 26.

The Ocho Rios audition will combine the Northern Region, which covers the parishes of Portland, St. Mary and St. Ann and the Western Region, covering the parishes Trelawny, St. James, Hanover and Westmoreland in one soulful, head-to-head event.

“Though we had previously planned separate auditions for the Northern and Western regions, we decided that it would be a more viable use of resources to have one centrally-located audition in Ochi Rios,” said Mrs. Andrea McCurdy Events Coordinator, National Religious Services and Projects at the Jamaica Cultural Development Commission (JCDC).

“This will be our second regional audition and I am asking the potential contestants from these seven parishes to bring their all, because Friday’s Central Region auditions really showed up the exceptional talent that the region brings to the competition every year. The pieces were so inspiring and moving that I am sure we saw at least three or four persons who have already secured their semi-final spot,” McCurdy continued.

The Ocho Rios audition follows on the heels of the Central Region audition, which covered the parishes of St. Elizabeth, Manchester and Clarendon and was held in Mandeville on Friday, January 17.

The Eastern Region, which covers the parishes of St. Catherine, Kingston and St. Andrew and St. Thomas, will see the final regional audition on Friday, February 7 at the Eastwood Park New Testament Church of God in Kingston.

Persons interested in entering the competition should note that if they are unsuccessful at their initial audition/elimination, they may try again at another location; however they must do so with a different song. On spot entries will also be accepted at each audition. All applicants must be 16 years and older and be a resident of Jamaica.

Entry forms for the competition are available at the JCDC Head Office located at 3-5 Phoenix Avenue, Kingston 10, all JCDC parish offices island-wide and online at www.jcdc.gov.jm.

Organized by the Jamaica Cultural Development Commission (JCDC), an agency of the Ministry of Culture, Gender, Entertainment and Sport, this competition has been challenging vocalists and song writers to become the best new gospel artist/writer of the year by expressing themselves through an original song for over 30 years.