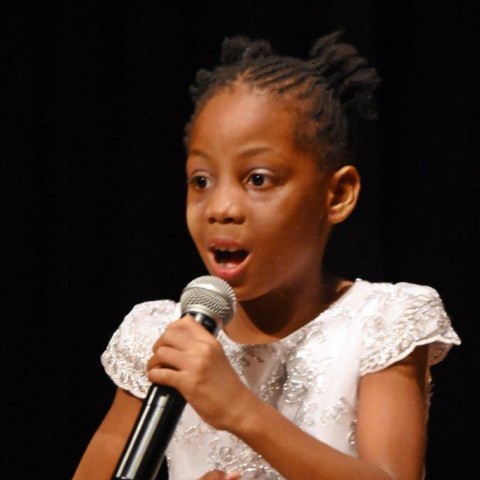 Kingston, Jamaica: The 2019 Music National Finals of the National Festival of the Performing Arts concluded with performers giving their all at the Little Theatre in Kingston on April 15.

Marking the 4th and final day of Music, students from across the island came in the form of vocalists and instrumentalists, competing in various categories from Recorder, Vocal Gospel, Jazz and Blues, Mixed Instrumental, Stage Band, among others.

“Following up from Drumfest yesterday at Ranny Williams Centre, it's a good look seeing how the stage bands and vocalists are doing today. Some are really championing the cause," said Avory Crooks-Campbell, Music Development Specialist at the Jamaica Cultural Development Commission (JCDC).

She noted that extra care went into the selection of top candidates from the different parishes, which ultimately led to a consistent and high quality showdown in the 2019 Music National Finals.

Standout performances came from Erica Lumsden of Port Maria High in the category of Vocal Gospel, who gave a powerful rendition of His Eye is on the Sparrow, and Maylyn Dillon from Alpha Primary School in Kingston and St. Andrew in the category of Jazz and Blues, whose rendition of Feeling Good enthralled audiences. Both young ladies were previous winners of the JCDC’s National Children’s Gospel Song Competition and demonstrated impressive vocal demonstration and great stage presence.

St. James' Jevaughn Brown was among the crowd favorites, namely for his piano item titled Like Someone in Love in the category of Instrumental, showing off a slightly dramatized performance, further amplifying his already-impressive display of prowess on the piano.

Saxophonist Alex Ferguson, hailing from St. James’ Herbert Morrison Technical High managed to move the crowd with his smooth Maputa in the category of Instrumental Own Choice.

Charlemont High School from St. Catherine had the Little Theatre in erupting with their second item Hit me with Music and Expressions, incorporating American pop singles, excellently carried over with the saxophone accompanied by other instruments.

With a massive turnout and the best talents island wide competing in this year’s Music Finals, Crooks-Campbell is especially excited for next year’s competition. She expressed that she expects next year to churn out even better performances. She also spoke on the importance of understanding what it takes to make it to Finals.

“We are stepping up the quality each year, so to those looking to compete in the future, please take it seriously. It is a form of enjoyment to partake in the arts, but it is not just a casual thing. It’s not just matter of whether you have the talent. You have to be willing to do the work - and the aim is to raise bar with every effort,” Crooks-Campbell said.