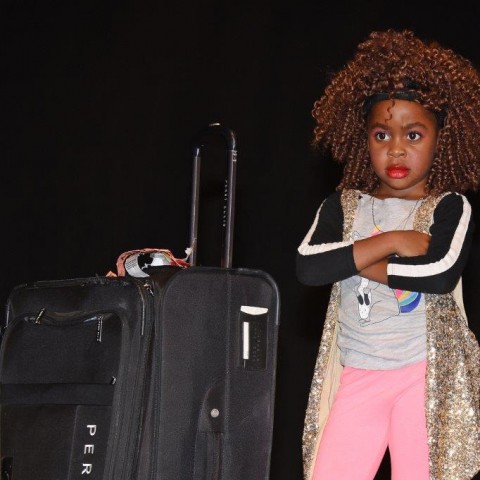 Kingston, Jamaica: Hundreds showed up at the Little Theatre in Kingston, to perform, cheer, and support at the 2019 Speech National Finals in the Jamaica Cultural Development Commission’s (JCDC) National Festival of the Performing Arts, held on Monday, April 8 through Wednesday, April 10.

A historic program in the festival calendar, the Festival of the Performing Arts has, for more than five decades, highlighted big talents in the areas of Traditional Folk Forms, Drama, Dance, Music, and Speech.

“Some of the areas covered under the National Festival of the Performing Arts are known to reel in some of the highest entries in the history of festival. It is good to see that in 2019 the momentum is still going,” said Daffodil Thompson, Interim Executive Director at the JCDC.

“A lot of this is owed to our specialists, in this case Mr. Rayon McClean, our teams in the parishes, and the rigorous selection process. That process serves a purpose: to see the very best of candidates come out to finals and display the excellence for which festival is known,” Thompson continued.

Top performances in the overall Speech Finals include: Delano Frankson, hailing from Rusea’s High School, whose Jamaican Prose entries Tenky Miss Lou and Jamaican Language, had Little Theatre in pure cheer and awe at his master level delivery in his rendition of the legendary material.

Impressive also was St. Catherine’s Tacius Golding High School’s Experimental Dub Poetry Ensemble titled Rape which was both tactful and comedic in dissecting a difficult topic and was ultimately a crowd favorite. Ngosi Wright who hails from Southborough Primary School in St. Catherine, totally enraptured the audience with her comedic and accurate depiction of the struggle faced by Jamaicans when qualifying to travel abroad with her Jamaican Poem titled Mi Waan Di Visa.

Best overall winners include Courtney Greaves out of Kingston and St. Andrew who was given an award for Best Female Solo Costume for her Standard English Poem titled Black. Best Male Solo Costume went to Oraine Meikle out of the group DREDZ for his Dub Poetry Big Sinting, while Best Ensemble Costume was awarded to Mt. Alvernia High School for their Experimental Dub Poetry Ensemble titled Ban.