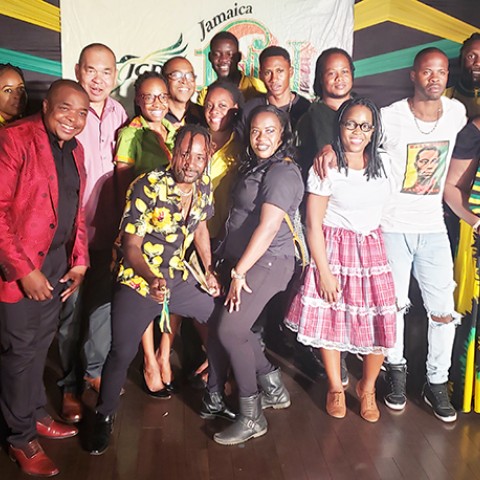 A large and enthusiastic crowd turned out at the Ranny Williams Entertainment Centre on Saturday, April 27, for the semi-finals of the Jamaica Cultural Development Commission’s Festival Song Competition 2019.

After an exhaustive process, 10 contestants were selected from a pool of 25, by an esteemed panel of judges, to progress to the final stage of the competition, which will culminate in mid-July.

There was wild cheering as the final 10 were selected and the contestants made their way to the stage. The final pool reflects a mixture of experience and youth, a point not lost on Organising Committee Chairman Orville Hill.

"It is great to see that so many young people have an interest in the competition. It means that Festival is having a great impact on the country and that it is transcending generations.

“It has been a rigorous process putting the whole thing together. I am thrilled that we are now over the semi-finals and on the way to an exciting series of roadshows and of course, a big showdown at the Festival Song finale," he said.

Crowd favorites included Raldene "Loaded" Dyer out of St. Ann with his massive entry titled "Big Up Jamaica" which he delivered with an energetic performance which really lit up the audience.

Also well received was Kingstonian Alero Perrier, whose entry "Queen Jamaica" was met with a royal welcome the moment she graced the stage.

Both participants made it into finals.

Accompanying them in the top 10 are: Jerome "Jay Smith" Smith and Vernon “Ramzie” Smith from St. Elizabeth.

Also making it through was veteran singer and former Gospel Song winner Edwin Myers who hails from Kingston and St. Andrew.

St. James is represented in the finals by Nester "Humility" Chung while Jason "Iya Concord" Wright will be representing St. Thomas.

Beaten favourites for the title in last year’s competition Escarpment Road New Testament Church of God are back along with Nickoy "Shawn D" Green out of Manchester and Meckeda "McKada" Henry from St. Catherine.

“It is a great joy to see that the Jamaica Festival Song Competition is keeping the culture alive, thanks to the talented entrants who sign up in the hundreds every year,” said Daffodil Thompson, Interim Executive Director at the JCDC.

She declared all the entrants winners in their own right, as they have all demonstrated great ability and willingness to showcase their talents on the national stage.

The finalists will now move on to the much-anticipated road shows scheduled begin to run throughout the month of June. The events will be held in various parish capitals and will be free to the public.

An iconic program in the JCDC's festival calendar, the Jamaica Festival Song Competition has unearthed talent islandwide for over 50 years. It has provided a platform for aspiring artists and seasoned veterans to propel their talents on national and international stages.